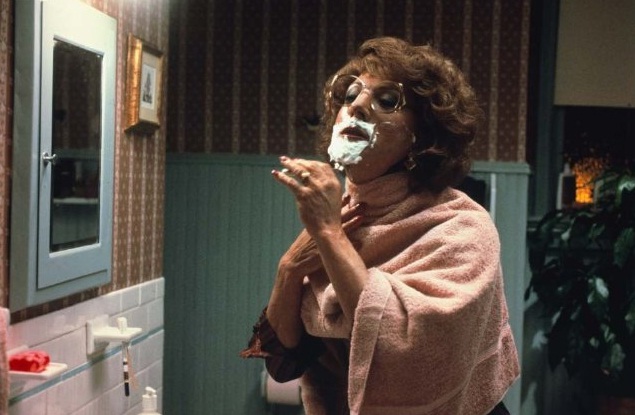 It’s not always easy to make a living, especially in New York City and working in show business. But for Michael Dorsey in “Tootsie” (in a legendary performance by Dustin Hoffman), it’s especially tough since his personality tends to rub people the wrong way. So he gets resourceful and decides to try out for a part as a no-nonsence woman who doesn’t pull any punches. His tenacity — and desperation — lands him the role, and the rest is history. If you haven’t had a chance to see it, you’re missing out. It’s no wonder that it’s an Oscar-winning film — it’s a well-written and well-acted script for the ages.

Moreover, there are lots of lessons to be had about hard work. First, who says you can’t land your dream job, even if it’s not exactly how you envisioned it? Michael Dorsey wanted to be a steady actor, and he became one — in perhaps the most convincing role of his career so far, playing Dorothy Michaels. It took a paradigm shift and some nerve, but he wanted the job and he got it.

Next, it’s one of Dustin Hoffman’s greatest performances — not just by playing a woman, but by playing a man playing a woman. He poured his soul into the role. If that sounds silly, then you should really watch this clip in which Hoffman says Tootsie “was never a comedy for me.” He approached the role in real life as seriously as his character did.

Perhaps most importantly, Tootsie teaches us to see the best in people. Dorothy Michaels not only brought out the best in Michael Dorsey and the characters around him, but it also brought out the best in Dustin Hoffman. His character focused on helping and empowering people, especially those whose voices were muted by arrogance and ignorance. We could all learn a little from Dorothy’s honesty and bravery.